Gulugod Baboy is only about ten minutes hike from the parking on top of the mountain to the campsite. But since, Batch 2018 were on training, they had to trek from the jump-off to the campsite. Abbie and I, the lead, took around one and a half hours to reach our campsite. The rest a little longer.

The papaya plant lining the road leading to Papaya River that has no papaya.

Since I was sick during last year’s Metropolitan Mountaineering Society (MMS) open climb season (from July until December), and was only able to go back climbing in December last year for the Kibungan Cross Country, I did not experience organizing climbs unlike my batch mates. So, I volunteered to be the Team Leader (TL) for the Tarak climb scheduled on March 17-18, 2018. This is my third climb from my comeback climb in Kibungan, ang Gulugod Babaoy, after my brain surgery in July 2017 because of X-Linked Dystonia-Parkinsonism. My doctors had to implant an electrode in my brain connected to a chargeable battery on my chest. The electricity that goes into my brain through the implant controls the involuntary and painful movement of my neck muscles brought about by this rare genetic disease. I always bring with me my doctor prescribed pills that relaxes my muscles and makes me drowsy. 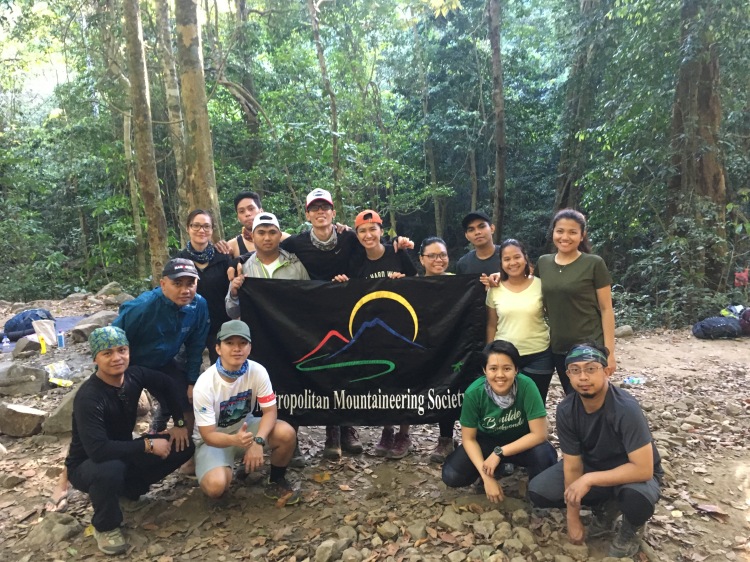 Tarak was longer by a factor of 5 or 6 than the Gulugod Baboy trek, I warned the trainees in the itinerary I prepared with the help of the Tarak TL during the open climb, my batch mate Dolfo Roxas. In our IT, it takes only two hours to hike from the jump-off to Papaya River. We would leave our things there and assault the summit with only water and trek food with us. And we were going to do it on the first day because I was afraid that if we assault the summit on the second day, some of us might be late in going back to the jump-off and we have no more bus to ride back to Manila. 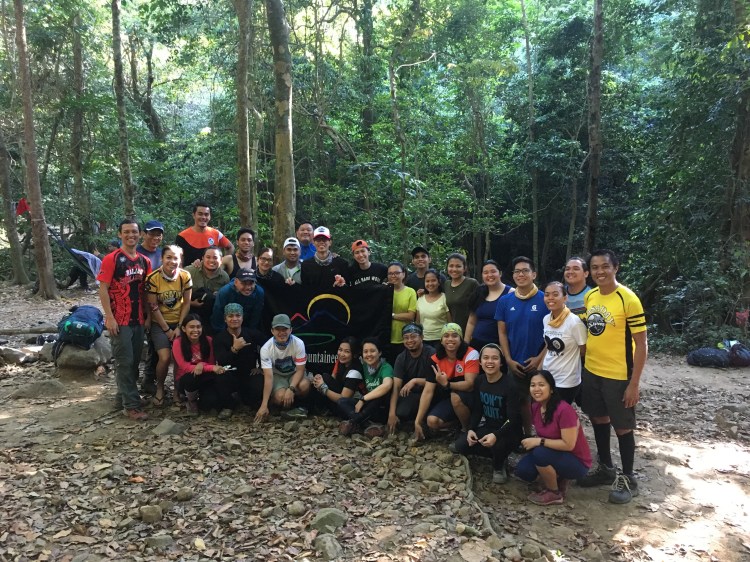 Last year, the TL and other climb officials were from our batch (2017 trainees). This year however, the rule was changed. The TL must come from the training committee member, the Senior TL must come from the members, while the rest of the climb officials from the trainees. I asked for help from the 2018 Batch Coordinator to give me people from his batch to serve as my Assistant TL, Scribe, Medic, and Sweeper. Haj gave me Amithy Dolete aka Noy as my ATL, Paula De Guzman as my Scribe, Maria Angelica Tacorda and Charmaine Balingit as my medic, and Christian Loyola as my sweeper. I had a hard time looking for my Senior TL because I’m close to only a few members. When, I learned that Anna Labao was joining, I bullied her to be my STL. She agreed on one condition, that she’s going to stay in Papaya River and not climb the ridge or the summit anymore. It was a perfect arrangement since we don’t have someone to watch over our things in Papaya River if all are going to the summit.

The pita wrap carefully prepared by Emoi with his homemade salsa.

During our trek to Gulugod Baboy, my batchmate Abbie Giron and I were on the lead. She noticed my impatience because I did not want to always take a break. So, she said, I could not be a sweeper. I reminded her that I had been a sweeper once already in the Makiling Traverse I organized as our training climb for Mt. Iglit in Mindoro. But she said, it was because I was sweeping my best friend Miki. But if it were any other person, I would not be that patient.

Final brief before trekking to the ridge then to the summit. Photo by Haji Obado.

To prove Abbie wrong, I assigned myself as sweeper with Christian Loyola. So, Christian, Ryan Tapawan of batch 2015, and Abraham Maestrecampo Jr aka Abra of Batch 2016 were the sweep team from the jump-off to Papaya River.

Because I was afraid we could not arrive on time as per our IT, I did not allow the trainees to rest for more than three minutes. When Haj, from the lead team, radioed that they were taking a five minute break, I told Christian that I am only allowing a three minute rest which he relayed to Haj. 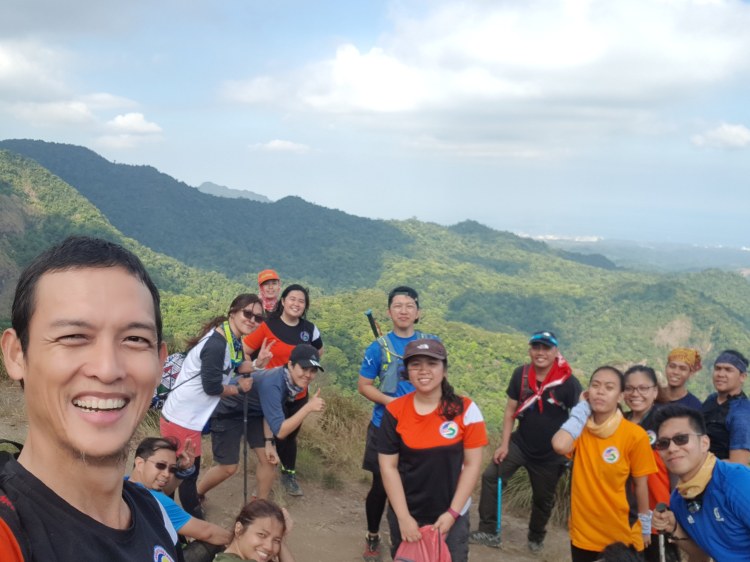 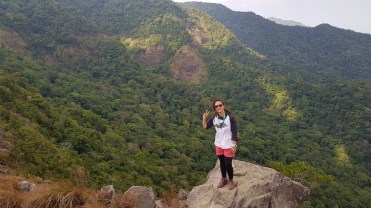 We learned that it takes three hours and not two to trek from the jump-off to Papaya River. But because we arrived earlier in Brgy Alas-asin and started trekking an hour earlier than our IT, we were still on time.

They thought this was the summit. Tarak is Mj and Ruben’s (in blue shirt) second mountain.

On our way to Papaya River, Christian and I were sharing our observation that there is no papaya in Papaya River, but here along this concrete road we were walking on were a line of papaya plants. Perhaps, we mused, this should be called the Papaya Road and the Papaya River must be simply called Tarak River.

Paula takes a nap on top of the world as they waited for the sweep team.

We arrived in Papaya river at about 10:30 am. To give more time for rest, I adjusted our time of departure from Papaya River to the summit from 12:30 to 1:30 PM.

I slept in my tent when I arrived in Papaya River and when I woke up, Angela Anne Alejandro, my biking buddy before my brain operation, Lino aka Arin Desembrana, Esmiraldo aka Emoi Dedicatoria, and Mar Alrey Jumarang aka Al had already arrived and pitched their tents. They did not ride with us in the bus but had a separate transport. I ate my packed lunch and also ate the pita wrap Emoi carefully prepared with his homemade salsa. I huddled the trainees before leaving for the summit. It was my second time in Tarak since I climbed it once before as part of our training climb to Mt. Apo which became Mt. Talomo because Mt. Apo was burned in 2016, just in time for our climb. So, I gave the trainees the overview of the trail they would encounter to the ridge and eventually to the summit. In one word, the trail was “steep”.

Vin’s selfie with Christian and I.

It took an hour and a half for the sweep team to reach the ridge, and another hour to reach the summit because of the delays due to picture taking. The sweep team arrived at the summit almost ahead of the lead team because they thought that the top of the ridge was already the summit. They relaxed on a stone. Some slept while waiting for us. When we arrived, we told them that is not the summit yet. I went ahead of them as they were relaxing on the rocks, and I waited for them on a stone where I thought I posed for a photo in 2016, only to realize that it wasn’t the stone when we reached higher ground and I stepped on another stone overlooking the ridge we had been from.

I had two cellphones. One was for the internet, and the other for calls and texts. I left my cellphone for internet with Anna at the Papaya River and brought the one for calls and text for picture taking to the summit. When we arrived at the ridge, I realized that my phone had no more battery. I was only able to take very few photos, and depended on my companions’ phone for photos.

Batch 2018 had a batch picture at the summit, then all of us joined. We left the summit at past 4 pm and we hurried to the ridge to watch for the sunset.

The first thing we learned about climbing Mt. Tarak is that, from the jump-off to Papaya River takes three hours. The second thing we learned is that, we cannot see the sunset on the ridge nor on the summit since there were mountains that were covering the sun. 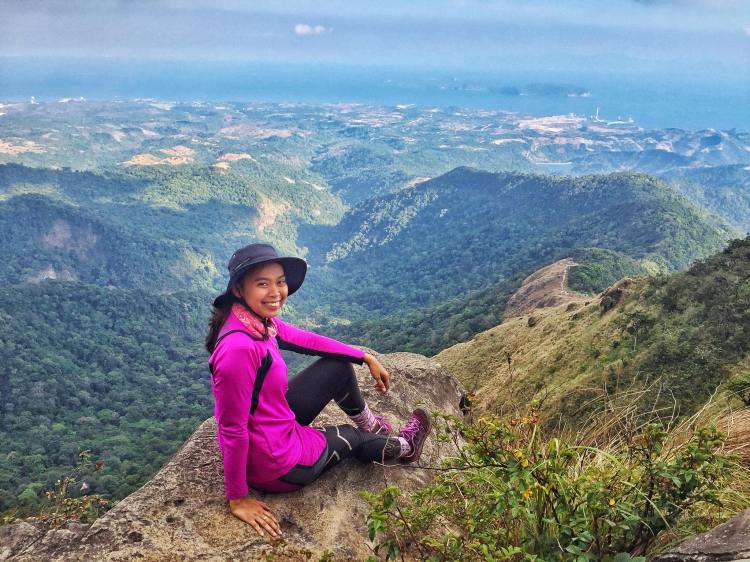 Helen on a stone overlooking the ridge near Tarak’s summit.

So, we hurried back down to our campsite. Batch 2018 as a whole was faster and they trekked together. Even Mj, Ruben, and Lala whom we were expecting to sweep since it’s only their second mountain were with the group.

An hour after Batch 2018 arrived in Papaya River, Christian, Abra, Erica, and I also arrived. After taking our dinner, we took a bath in the river and gathered for a short socials led by MMS Social Masters Emoi and Al. Anna, Angela, Noy, Pol, Val, Haj, Christian and the rest of the guys and some of the gals gathered in an open space near our tents. Emoi and Al entertained us with stories and a few magic tricks. Noy also shared some of his jokes. But not everyone attended the socials since some were tired. Anna told me they used my phone to take pictures while we were away. Angela asked me what time would we be leaving Papaya River the following day. I said, as per our IT, 7 am. She said it would be too early. So, I adjusted our time of departure to an hour later at 8 am.

Batch 2018 with the MMS members on Tarak’s summit.

By 8 am the following day, everyone was gone from Papaya River. By 11:30 am every trainee had taken a bath at a resort and we were having our post climb conference. By 1 pm, the last remaining members of the group all went down to the highway to catch the bus back to Manila. And by 2 pm, a bus passed by. It had seats available for us all.

When, we arrived at the highway, I popped half tablet of my medicine. 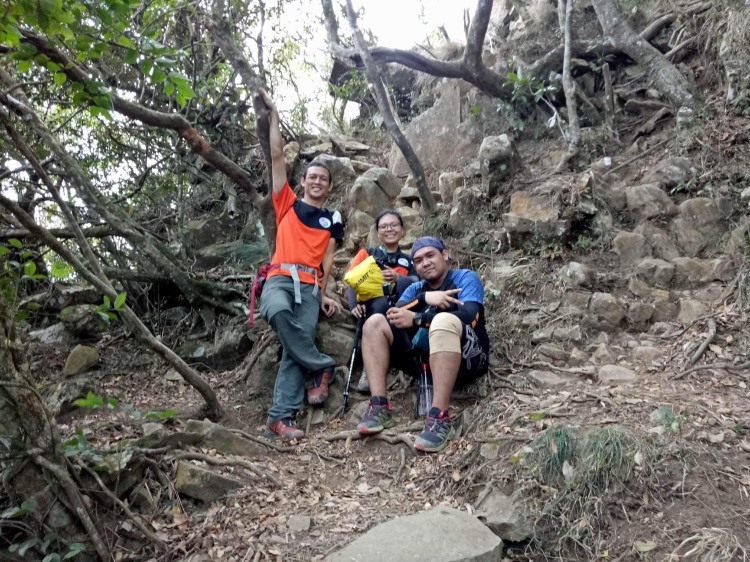 By the time we boarded the bus, the pill was taking effect. I remember only waking three times. First when the conductor asked for my fare, second, when we were in Angeles Pamapanga, and third, when we were in Edsa. I left my cellphone with Noy to be charged. He returned it to Val, my seatmate while I was asleep and Val took my picture using my phone while I was asleep.

They who remained by the river: Anna, Angela, Dolfo, Ryan, Emoi, and Al.

For the first time ever, no one in Batch 2018 was late for the 2:30 am call time at the bus station in Cubao. We were also able to follow our adjusted IT and the trainees were happy with it as reflected in their feedback during the post climb conference.

Sleep away back to Manila. Photo by Val Valera.